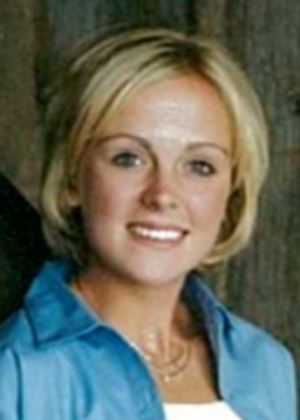 The Ann Crawford Alexander family has established a scholarship in loving memory of Ann who passed away July 23rd, 2008, at the age of 25 after a life-long battle against Cystic Fibrosis, a genetic lung disorder. Ann was a kind and gentle warrior. She fought her disease while living a full, productive, and loving life.

Ann was an avid and accomplished equestrian, winning at the state and national level. She was also the Class B 100-meter champion in the State in 2001 despite her compromised lung function. Ann was in the top five of her graduating class in 2001, earning the honor of giving a commencement speech, but grades didn’t come easy to her, and she worked very hard for her grade point average. Ann went on to further her education at Nebraska Wesleyan University in Lincoln where she also tried to run track, but her health would not allow her. She graduated from Nebraska Wesleyan and attempted to further her education as a school psychologist until her health took a turn for the worse.

To know Ann was to love Ann. What made her even more special though was that to know Ann was to feel loved by her. She made everyone feel important. She loved Jesus Christ her Lord and found her strength in Him in the end.